The Story of King Leonidus and his 300 Spartan warriors is legandary.

In 480BC the Persian King Xerxes amassed an enourmous army and marched on the City states of Ancient Greece, Athens, Corinth, Arcadia and Thebes, as well as Sparta.

These Greek city states proposed to defeat the Persians by both land and sea, a force would need to travel to Thermopylae to defend a narrow pass (the Hot Gates), while Athens would send a naval fleet to attack the Persians.

The Spartan King volunteered to take his elite warriors to defend the pass at Thermopylae, and although they bravely held the pass for a number of days, they were betrayed by a local man who showed the Persians a route over a mountain and came out behind the defenders.

The Spartans were renowned for their bravery and warrior culture, trained from the age of 10 to take battle seriously and to commit relentlessly to improvement and physical prowess, they were the most qualifed to lead this defence, and spend the last nigh before defeat singing and combing each other hair, much to the confusion of the other groups of defenders. 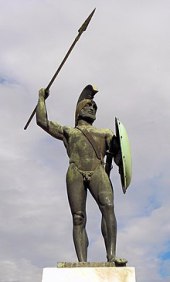 Having undertaking a number of expeditions retracing the routes of historical warriors, James intends to follow the Spartan 300's route from Sparta to Thermopylae.

This will be a bike-packing expedition, and follow small roads through the Greek countryside, getting close to the route that the 300 would have followed, via the cities of Argos and Corinth, finishing by crossing the plataue of Mount Kalidhromo and down to the "Hot Gates" of Thermopylae.

Resupplying on route and visiting as many historical locations as possible, to really experience this country and its history, James will journey in the footsteps of the great Spartan warriors paying homage to their bravery and actions and seeing the world through their eyes! 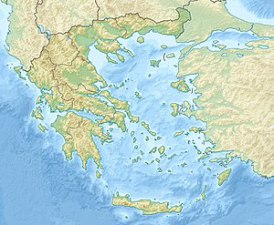 The words inscribed on the epitaph at Thermopylae by Simonides