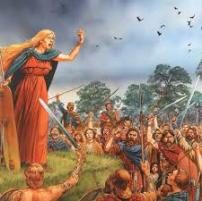 Boudica has gone down in history as a remakable warrior and leader, driven by hate and passion.

Over Easter 2020 James, his Wife, Alice and 9 year old Twins, Sam & Poppy will follow her route from Norwich to London and then on to St Albans, finishing at the Roman ruins of Verulamium. They will use public transport to follow the route, staying in B& B's introducing the Twins to adventurous travel, and researching the Romans and Boudica along the way for their school project! 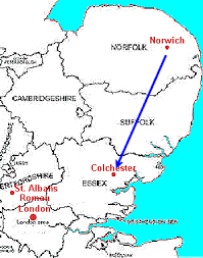