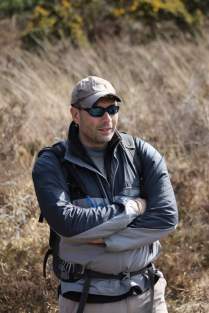 James believes that expeditions are powerful mediums to help educate and inspire, and that they can be drivers to help in environmental, conservation, social justice and change.

He has experience of expeditions and leading in the Arctic, the Jungles of South America and South East Asia, Mountains throughout the world and the Deserts of Africa, Middle East and South America!. 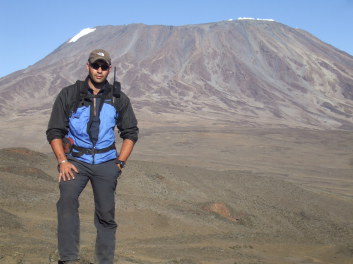 This year was going to be a busy and exciting year for James, he had planned to lead a lot of trips, undertaking some passion projects and still hoping to complete the third of his Warrior Expeditions. This is all currently on hold as the world deals with COVID-19, and it hoped that we can return to global travel as soon as itis safe to do so!!

Lots of safety work on film projects this year, working mainly in the UK, expeditions already in planning include Finland with British Exploring Society, a return to Zambia and possibly Tanzania, the Pyranees in France looking at WW2 pilot excape routes, and back to the jungles of Peru in November for another "citizen science" expedition, which after finding at least 1 new species of insect in 2018, it is hoped that the expedition can keep finding new and exciting things to show the importance of our  remote jungles. 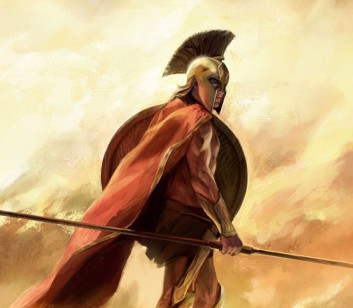 With an interest in History, Leadership and Adventure, James has been undertaking a series of challanging personal expeditions to follow historical Warriors and their footsteps.

Part adventure, part archaeology, James is searching for the clues to these warriors routes, stepping into the world they inhabited and trying to see the world through their eyes!

To find out more about these expeditions have a look at the Warrior Expeditions pages.

A mixed year in 2019, an early winter ascent of Mt Toubkal in Morroco with a film crew, followed by James flying to Zambia to partner with NGO First Aid Africa to deliver some bespoke, practical first aid and evacuation training to Anti-Poaching patrols. It is hoped that this work will be the start of a new project in Africa to provide vital training and capacity work with the patrols on the frontline of wildlfe conservation, with a 2020 return already in the planning.

The summer saw James leading again for the British Exploring Society, this time in the wilds of Northern Iceland, with a group of young people from diverse backgrounds.

2018 was a busy year for James, in  March he lead a Winter Ascent of Mt Toubkal in Morroco, for a group of people training for Everest later in the year!

May found him back in the Madre De Dios in Peru, leading a team of Citizen Scientists interested in exploring a remote ridge in the Amazon Jungle.Into the Depths of the Amazon 2018

In July he lead a group of Students on their project work and trekking expedition to Nepal, with Adventure Lifesigns.

And in August he is headed of on an exploratory recce of the Harkan River in Sweden, the aim was to paddle a remote Arctic river in preparation for a couple of expeditions in 2019!

In Search of Hannibal- Spain/ France/ Italy- James followed the route of Hannibals infamous crossing of the Alps by bike!

Find out more In Search of Hannibal 2017

James was honored to be the Chief Leader of these amazing youth development expeditions deep into the Manu National Park. Working alongside the Crees Foundation (www.crees-manu.org) and with a great team of leaders, scientists, film makers and photographers, spending 6 weeks inspiring young people through the power of educational expeditions to remote and wild environments, undertaking exciting and important scientific studies of this fragile jungle area. Helping young people to be adventurous, think about the world they live in and to make future choices about their lives.  www.britishexploring.org

James and a team of intrepid adventurers attempted to undertake the first known challenge to link ascents of the Pillars of Hercules (Jebal Musa- Morroco/ Rock of Gibraltar) with a sea kayak crossing of the Straits of Gibraltar.

The team managed to climb the 2 summits in good times, but the crossing proved harder with high seas putting pay to the crossing, but not a team to be put off by that, the next day they paddled the equivellent distance around the Rock!

This challenge was in support of the elite military charity Pilgrim Bandits- www.pilgrimbandits.org.

Following on from the Award winning "In the Footsteps of Lawrence Expedition 2014" James led a small team of adventurers from the T E Lawrence Society on a 10 day expedition to explore the deserts of Southern Jordan, visiting sites connected to Lawrence of Arabia and exploring the story of his time there during the Arab revolt of 1916, 100 years earlier.

In the Footsteps of Lawrence- Jordan

An award winning crossing of the Jordanian Desert following Lawrence of Arabias route from Wadi Rum to the village of Mudawarra. This 10 day crossing involvde 26 Cadets and Staff from 2427 (Biggin Hill) Squadron Air Cadets, they carried all their equipment and self navigated the route successfully, learning about the Arab revolt and the role of the middle east in the centenary year of the start of World War 1.

A challenging expedition to descend the Bloodvein River in Manitoba, Canada, during the worst flood conditions in 30 years!

James led the first traverse of the Carnic Alps following historic pathways from the First World War by a British youth group, from the RAF Air Cadets. 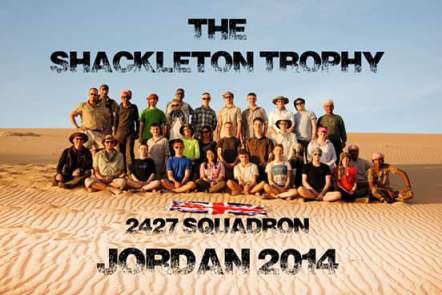